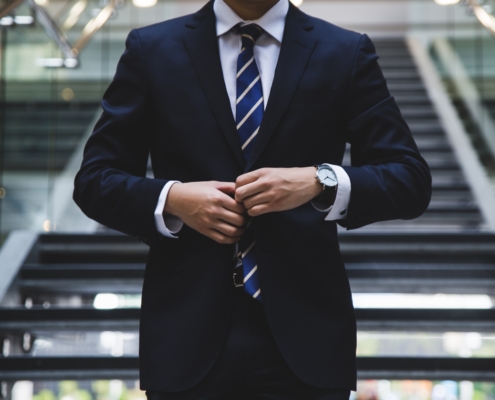 What is change management?

In modern IT, change management has many different guises. Project managers view change management as the process used to obtain approval for changes to the scope, timeline, or budget of a project. Infrastructure professionals consider change management to be the process for approving, testing, and installing a new piece of equipment, a cloud instance, or a new release of an application.

What are the benefits of change management?

Change management reduces the risk that a new system or other change will be rejected by the enterprise. By itself OCM does not reduce costs or increase sales. Instead, it increases the teamwork required for the enterprise accept the change and operate more efficiently.

When is organizational change management needed?

OCM is needed whenever the enterprise undertakes a program or event that interrupts day-to-day operations. Such an undertaking will impact:

The work content of individual jobs. Many jobs require individuals or groups to perform tasks repeatedly. An accounting department has daily, weekly, monthly, and annual activities. Over time, most people become comfortable with the tools provided and the rhythm of the work calendar. Even simple changes may disrupt the workflow and be disconcerting for the staff.

The roles of individual employees. Many people view their value to the organization as being a good technical architect, programmer, or security specialist. When asked to take on a different role, they may become very uncomfortable. People with excellent technical skills often struggle when asked to become managers. Rather than performing all of the tasks, they have to learn to work through other people. Once they are no longer rewarded for the skills that made them successful, employees may question their purpose.

The organization itself. Executive teams debate major changes for months before making final decisions, enabling each member to gain a deeper understanding of the effects the change will have on the enterprise. Even if they don’t agree with the final decision, they have time to determine whether to accept the new direction or to depart gracefully. Individuals lower in the hierarchy rarely have time to process major changes. Executives do not want employees to worry about events that may never happen until it is clear the change will take place. In addition, tighter insider trading enforcement prohibits executives from sharing information about upcoming mergers, acquisitions, or divestitures. As such, individuals who are not part of the executive team have much less time to prepare for the planned change and may decide to leave while the change is undertaken, making change management more difficult.

What are the requirements for change management success?

The right executive sponsor. Sponsorship is critical. The OCM sponsor is responsible for developing the case for change and obtaining the necessary OCM resources. For this, the sponsor needs the support of the CEO to make it clear that the effort is important.

The sponsor must understand the case for change clearly enough have a detailed discussion about the challenges that created the need for a different way of operating. She should be confident enough to confront skeptics and close enough to the details to justify the approach selected and the reasons the alternatives were rejected.

The sponsor needs to understand the impact on the staff. Good sponsors are concerned about the people who will be affected by the change. These sponsors communicate honestly while treating everyone fairly and respectfully. Rather than merely relating the facts, they take the time to listen to people and to empathize with the individuals who dislike the new way of operating. If people are to be terminated or reassigned, sponsors should know when it will happen and how everyone will be treated. They explain why the change was necessary, and do what they can to smooth the transition for individuals whose jobs are transformed. The best sponsors help everyone losing a job find the next opportunity

Cultural willingness to adapt and change. All organizations resist change to some degree, but ones that follow the dictum “if it ain’t broke don’t fix it” often need a major wake-up call to behave differently. The public revelation of sexual misconduct allegations against Harvey Weinstein provides a dramatic example of a call to address a long standing problem. A number of enterprises that had done little to stop sexual harassment suddenly took action.

Skilled change management teams embrace the organization’s emotional energy. They use company stories, language, and behavior to emphasize those parts of the current culture that are aligned with the planned change. These teams celebrate behaviors they wish to encourage by publicly recognizing individuals exhibiting these behaviors. Change management teams use every opportunity to reinforce the way the change helps the enterprise.

Individual willingness to change. Individuals must be willing to examine new information and adopt new behaviors and approaches. Since most people prefer the status quo, this can be difficult. Typically, most people only accept changes that make sense and improve their job content or their work environment.

A consulting firm, wanting broader market recognition, encouraged all partners to speak at industry conferences and to write for industry publications. Several partners became very successful at both. While their articles and talks generated new business, the client revenue each partner managed actually decreased. When the compensation plan did not reward them sufficiently for the additional firm revenue to offset their decreased client revenue, they were very unhappy. The firm’s leadership team had to adjust the compensation plan quickly in order to prevent the partners from leaving.

Why is change management difficult?

It takes a great deal of time to change attitudes and behaviors. Application implementations, even large ones, are easier to plan and manage; project managers know when a module is tested or server installed. OCM managers have a much harder time measuring progress; gauging support can be tricky. Just when it appears that a key individual supports the change, the person raises another objection and returns to old behaviors.

Executives, often assume that everyone impacted will find the business case so compelling they will automatically accept the new way of operating. But most people resist change or are unpredictable. This creates several difficulties for the OCM team:

Change management is not deterministic. Unlike computer programs, people can be unpredictable and illogical. OCM activities that are effective with one group may be ineffective with another. Messages may resonate with some people but not with others.

Change management is a contact sport. The OCM team needs to interact one on one with individuals who will need to change. Emails, videos, and other mass communication can reinforce a message, but these don’t make people feel the enterprise cares about their difficulties. Change is personal; sometimes people whose jobs have been transformed need someone else to listen to their frustrations before they will accept the new reality.

Cultural differences can make OCM difficult. Cultural norms are different around the globe. The OCM effort needs to be aware of local customs even with a global system intended to standardize enterprise operations. Care needs to be taken to be sensitive to these and other cultural norms:

Violating cultural norms can cause great resentment. The best OCM teams are very sensitive to local cultural norms even when the people at headquarters demand a standard project rollout and standard OCM program globally.

Change management may be an afterthought. With major IT efforts, the project team is often consumed by business process changes, interfaces to other systems, data cleanup, etc. If the OCM effort is not started concurrently with the rest of the program, it may only be started when the program team experiences resistance from end users. Even enterprises that assert that OCM is critical sometime reduce or eliminate the OCM budget if the overall program gets too expensive.

Change management can be started too early. The OCM effort needs to be tightly coupled to the rest of the change program. This is particularly difficult with major IT programs when the OCM efforts begin before new system details have been finalized. In the absence of tangible information about the new system, the OCM team either sounds vague or describes what they hope the new system will do. When the new system fails to materialize quickly or has less functionality than anticipated, supporters often become disillusioned.

OCM and the change program may be disconnected. The rational and emotional cases for change need to be integrated tightly. Frequently, executives communicate a rational, logical case for change that lacks emotional appeal. People respond to calls to action that make them feel they are part of something that is more important than any single person and are energized by visions that capture their hearts as well as their minds.